“Travel and change of place impart new vigor to the mind.” - Seneca 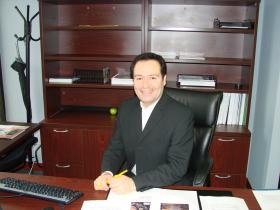 Jose Ramirez Santoyo, the former Mexico Tourism Board’s director for Germany for over 10 years, was appointed to take over in late December as the MTB’s regional director for the U.S Midwest. He will be based in Chicago and overseeing Mexico’s promotion, which is the MTB’s main mission. 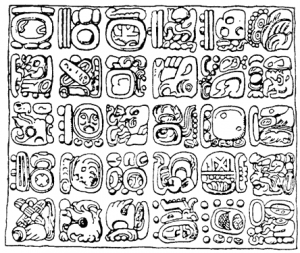 Vacation Magazine’ s Editor-in-Chief Michael Oz spoke with Jose Ramirez Santoyo about Mexico's travel strategy, sun and fun destinations, safety, millions of tourists, airlift, and, of course, about The End of The World.

“Vacation Magazine” (“VM”): Magical Mundo Maya and their predictions. Doomsday theorists might want to move up their holiday plans for this winter. Some people say that the end of the world could coincide with the winter solstice on December 21.

The End of the World or just the End of the 5,125-year Mayan calendar that began in 3114 B.C.? Or it’s a beginning of a New Era of of love and kindness and the end of selfishness and greed of the material world?

Jose Ramirez Santoyo: “According to Mayan calendar, the year 2012 marks the end of one Mayan era and the beginning of a new one. The Mayan calendar is based on a 20-day cycle in 394-year increments known as a baktun. December 21, 2012, marks the end of 13 baktun cycles and the conclusion of a key cycle of time, but it’s not the end of the world. It’s the “transition,” as Mayan call it and I believe that our world become better.

Our country is home to the Mayan civilization which we called as the Mundo Maya, or Mayan World. The five Mexican states comprising the ancient world of the Maya include Quintana Roo, home to Cancun and the Riviera Maya; Campeche; Tabasco; Chiapas; and Yucatan. Each of the 5 states is highlighting 2 archaeological sites this year, in addition to more than 20 more sites open to the public. We expect a lot of tourists, more than 50 million domestic and international visitors, in that region this year. I also believe that 2012 also marks a new beginning for Mexico as a destination for all of us who promote the country and her historical sites and I think it’s a very good promotional opportunity for Mexico.” 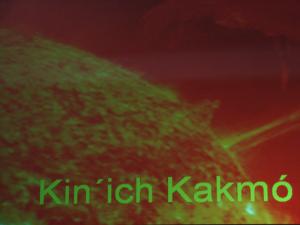 “VM”: Can you explain what Mundo Maya is and what defines Mundo Maya as a destination?

Jose Ramirez Santoyo: “The MTB as well as a number of tour operators, travel agents, and hoteliers will promote Mexico’s culture, traditions and archaeological sites through hundreds of Mayan-theme events, festivals and packages designed to lure tourists to the region. Actually, the celebrations already have begun. The countdown officially kicked off on Dec. 21, 2011, and Mundo Maya is very broad event.

You can visit the Pyramids of Chichen Itza, one of the 7 Wonders of the World and a Unesco World Heritage Site. Ruins at Tulum, site of a pre-Columbian walled city; the Mayan city of Coba – the tallest Mayan Pyramid. It also includes the religious center at Izamal, Merida’s museums and the round pyramid in the Mayan city of Uxmal, Dzibi Chat Lun and Ek Balam.

Also this June we will have 3rd Mundo Maya Show in Merida and of course thousands of tourists will come on spring and Fall Equinox Celebrations this June and September. Most visitors will take in a full day at Chichen Itza, the most well-known and revered of the Maya sites, especially the signature El Castillo great pyramid expecting the ancient God of Maya Cuculcan.

The Mundo Maya celebrations, while they promise to be joyful and colorful, are authentic and meaningful and tourists will have the unique opportunity to meet actual Maya, see their customs, traditions, form of life and learn about their mysticism and philosophy.”

“VM”: Safety. Tell me what would be the MTB efforts to allay security fears about Mexico?

Jose Ramirez Santoyo: "Mexico remains the most popular international destination for Americans. Millions of U.S. citizens travel safely to Mexico every day, for tourism and  business. The safety of visitors and citizens is the Mexican Government’s number one priority. I believe we have to communicate specifically and put in context what is happening in Mexico right now. We must be upfront and vigilant in keeping our travel agents and media informed to help them sort fact from fiction in interpreting the stories that color the news. The more Mexico info the better. So I think that Americans are well-informed and as said before, millions of them each year travel to Mexico, and do it so safely.

Also MTB would use more online and social media for Mexico promotion especially on Facebook, Twitter and local MTB events and newsletters to US media and travel agents.

More than 70% of our visitors go to the known tourist areas, including Cancun, Riviera Maya, Los Cabos, Puerto Vallarta and Riviera Nayarit. Add Ixtapa, Ziutanejo, Cozumel, Huatulco and big cities like Mexico City, Guadalajara and that number is 90%. And Copper Canyon, popular for its desert railway trips is safe and nice. None of these areas have problems, and all are safe for our visitors.

But I admit that there were incidents occurred in the border areas. But for the rest of the country, you can relax and enjoy yourself. Our major tourism destinations continue to be world-class, and they can be visited anytime. Mexico remains a popular, safe and, most importantly, value-rich vacation destination.

“VM”: This year Mexico ends Acapulco exclusivity for annual Tianguis Turistico convention. What other big travel events will be present Mexico this year?

Jose Ramirez Santoyo: “The biggest and most important trade show about Mexico called Tianguis or market place will rotate among different venues starting in 2012, instead of being based in Acapulco where it has been held for 36 years. This year the convention will be held in a new place Puerto Vallarta, next 2013 year in Puebla and then 2014 in Cancun. Regarding the other big event I’d like to mention The 1st Wine and Food Festival which will be open March 15-18 in Cancun, Mundo Maya in Merida, and also big international event like meeting G20 in Los Cabos.”

“VM”: I love Mexico’s hospitality and like how Mexicans treated not just tourists but all people. And it’s not a surprise for me that Mexico is one of the top 10 tourist destinations in the world. Also a big jump in visitors showed last year. Tell me the latest stats and what's Mexico’s ultimate goal? 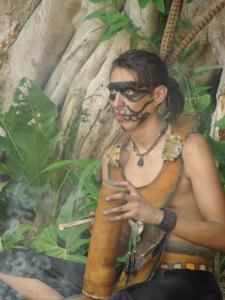 Jose Ramirez Santoyo: “According to a 2010 tourism ministry survey, Mexico enjoys an overall 97% repeat-visit rate and received a customer satisfaction score of 9.2 out of 10 from 26,000 international visitors polled. A survey that tracks visitor satisfaction is done every year and 2011 results showed a 98% return-visitor rate. This means that 98% of those who had visited Mexico indicated that they would return to Mexico on a future trip.

Regarding the statistics: the figures seem to bear out facts: some 22.6 million tourists, 80% of them North Americans. The growth in visitors from other countries is even greater. Arrivals from Canada are up almost 22% with 1 million air arrivals this year. Italy is up 22%; Germany, 18%; The BRIC countries are up as well: Russia, 54 %, China – 39%, Brazil, 34%, India – 32%. Our goal is to be in top 5 of world tourist destinations like France, USA, China and Spain. This 2012 we expect because of the celebrations and cultural events on Mundo Maya, around 50-52 million tourists.”

“VM”: New flights and expanded services from USA, Europe and Latin America this summer fit the government’s diversification strategy to increase flights to destinations beyond the U.S.

Jose Ramirez Santoyo: “We have Mexico’s airlift from the U.S., its 57 international airports and every major airline is increasing capacity to Mexico because the demand is there. International air carriers are also noting the interest. New flights and increased capacity to Mexico have been added or are in the works from Aeromexico, Alaska Airlines, US Airways, American, United, Virgin America, Air Canada, Westjet, British Airways, Iberia and other carriers. 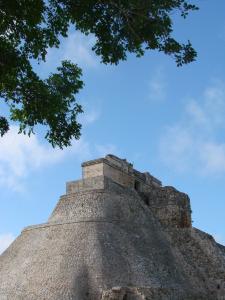 Aeromexico has dozens flights from US cities and recently just added more flights between Mexico City and Barcelona; LAN will add five flights weekly between Lima, Peru, and Cancun; Spanish airline Air Europa is launching a flight between Mexico City and Madrid; Brazil’s TAM is beginning Sao Paulo-Mexico City service; and Virgin Atlantic will launch a twice-weekly flight between London Gatwick and Cancun. Now we have flights from Moscow to Cancun almost five flights a week. I think airlift rise in USA, Europe, Latin America flights in line with Mexico's goals make Mexico a highly marketable and desirable location for these markets.”

“VM”: Thank you for the interview.