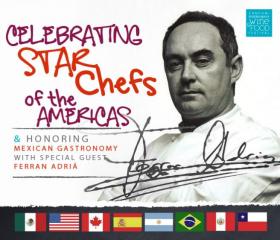 January 17th, 2012: Social media sites on Food and Travel have buzzing with excitement as the First Annual Cancun-Riviera Maya Wine & Food Festival approaches. With 19,000 Facebook fans and thousands of blog mentions around the world, the upstart Mexican gastronomy event has been inundated with ticket orders. 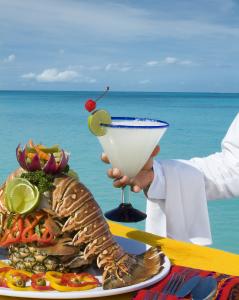 Bringing national and international affluent consumers to one of the most visited and picturesque destinations in the world, this inaugural gastronomic event will take place March 15-18, 2012. The gourmet lifestyle event is dedicated exclusively to celebrating the best the Americas have to offer in terms of culinary talent, wine, food and spirits, as well as the rich ingredients and cultural traditions known to Mexico, while also giving back to the community, with proceeds supporting local charity “Ciudad de la Alegría” (ciudadalegria.org).

Special guest of honor, superstar Chef Ferran Adrià presides over this annual gastronomic festival that will feature some 30 distinct events over 4 days and will highlight Mexican rising culinary stars, as well as culinary talent from all of North American.

A sampling of the festival’s events include: Beyond elBulli: The Future of Cuisine – an invitation only roundtable for culinary & food industry professionals; The Celebrity & Winemakers Cruise, consisting of fine wine (90 plus rating) and spirits tasting seminars; celebrity chef culinary demos and book signings; After Dark Cancun parties at the Rosewood Bar, where the upscale chic Cancun & Riviera Maya elite like to hang out; as well as Mixology demonstrations.

Three of the most talked about highlights of the festival include:

Unbeknownst to many culinary professionals and foodies in the U.S., Mexico has had more culinary trainees travel to Spain to learn from the iconographic, super-nova celebrity Chef Ferran Adrià than any other country in the world. In fact, there is a culinary revolution taking place in fine dining restaurants across Mexico. After decades of Mexico’s fine dining chefs focusing on cuisine from other parts of the world, Mexico’s youngest top chefs are focusing on their roots and honoring the indigenous recipes and ingredients of their rich, fertile native land, while at the same time using cutting edge techniques and little-known Mexican artisan-produced ingredients. The world has taken notice of Mexico’s vast culinary riches, including the United Nations Educational, Scientific and Cultural Organization (UNESCO), which recently nominated the country’s gastronomy as “Patrimony of all Humanity.”

In honor of celebrated Chef Ferran Adria, eight of his Mexican protégés, each a restaurateur in his own right, will prepare a multi-course gala dinner at Cancun’s uber chic Live Aqua Hotel with paired wines, each with a 90-100 rating. This is one of the most exclusive and sought-after events of the Wine & Food Festival for true gastronomy aficionados.

A hand-selected group of the brightest and best celebrity chefs from the American continent will each have their own station at this gourmet gala. Dinner guests will sample a variety of Mexico-inspired creations from the continent’s top chefs, all paired with wines selected by top sommeliers while strolling around the oceanfront, poolside garden of Cancun’s elegant Coral Beach Fiesta Americana Hotel.

The American Express Gourmet Tasting Village: A gorgeous tent the size of a cruise ship overlooking the magnificent silky sand beach and turquoise-hued sea awaits event attendees at the new Iberostar Cancun Hotel & Conference Center. The two-day Tasting Village will feature the region’s top restaurants sampling signature dishes along with wines, spirits and specialty foods from around the world. Celebrity chef book signings will also be part of the Village agenda.

As a bonus exclusive for Iberostar’s overnight guests, the resort offers a kid’s club that will supervise children while adults enjoy the delicious tastings of food, wine and spirits offered at the grand Village.

Wrapping up a whirlwind week will be a grilled steak lover’s dream – a showdown Latin Grill Fiesta between the top Argentine & Brazilian steakhouses of the Cancun-Riviera Maya Region.

“We’re planning a memorable wine and food experience, in one of the most remarkable cultural, beach and adventure destinations on Earth. By placing limits on the number of seats at each event, we want to facilitate interaction between our guests and their preferred celebrities. This is an incredible event you won’t want to miss” says David Amar, Festival Founder. 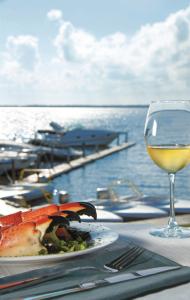 An unbeatable team of sommeliers and spirits professionals:

Véronique Rivest, Canada’s Best Sommelier since 2006, and finalist of the World’s Best Sommelier Competition in 2007 and 2010; Montreal based Élyse Lambert, Best Sommelier of the Americas in 2009; Juan Carlos Flores Mazón, recipient of Mexico’s Best Sommelier Award in 2004; and mixologist Junior Merino, the “liquid chef” considered a Rising Star by Star Chefs.