"You can't have a favorite place until you've seen them all." - Qantas Magazine 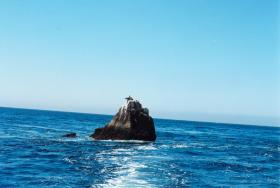 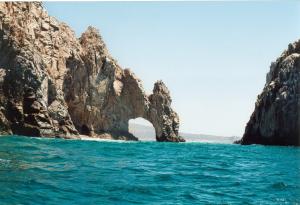 Here, at the tip of the Baja Peninsula, land ends and the Sea of Cortez wrestles with Pacific Ocean. Breathtaking beaches line the resort area of Los Cabos, making it the trendiest of the west coast destinations.

While the nightlife in San Jose del Cabo centers around the restaurants and large hotels, Cabo San Lucas is the party capital of Los Cabos, where you'll find a wide variety of nightclubs as well as casual and fine dining options, and not a few celebrity sightings. 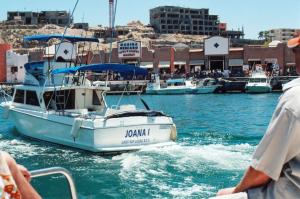 During the winter In Los Cabos you can admire one of the most extraordinary natural phenomena to occur on Mexico's coasts: the courtship process of the gray whale. It is estimated that 20,000 of these whales migrate to the Mexican coast each year.

You can also spy blue, humpback and sperm whales. The average year-round temperature is 78°F. During October to April, the temperature is typically 80°F. The climate is arid with over 300 days of sunshine. Average annual rainfall is 5-10 inches. 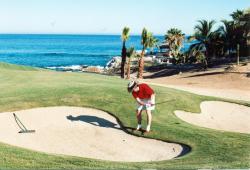