"Cover the earth, before it covers you." - Unknown 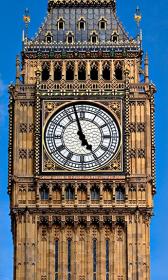 Centuries of history meet the vibrant pace of modern life in Europe. Travel to Europe and experience the spectrum of arts, culture, and literature unparalleled anywhere in the world. History waits around each corner, along cobblestone paths that wind around centuries-old structures and magnificent cathedrals that shelter art and other treasures placed here throughout the ages.

Shoppers in London will find everything from hand crafted wares to upscale designer boutiques, while Paris is a world of culinary delights with an endless variety of cafes and markets, not to mention some of the world's finest wines. That is, until you try a glass in Florence, within the famed region of Tuscany, famous as the birthplace of The Renaissance. Go back in time to Rome as you journey through ancient monuments. Or maybe Venice beckons, a city of small islands surrounded by canals. The most colorful city in the world Amsterdam will win your favor with millions of tulips and flowering trees every Spring. Begin your European discovery here. 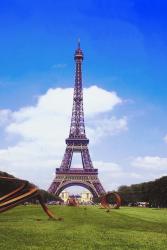 Discover Your London Hop "across the pond" to London, where the historic past and the vibrant present come alive. This exciting metropolis embraces the diverse cultures of its vast population, reflected through cuisine, shops, music and colorful festivals. A very accessible city, London has five international airports, an efficient road network and an extensive mass transportation network.

The city is renowned for its wealth of history and culture. Home to Britain's National Art Collections, Shakespeare's Globe Theater, Big Ben, the Royal Family and a host of other attractions, London's rich history, striking architecture and over 200 museums offer a unique cultural experience. * Despite a population of over seven million, more than 30% of London is made up of parks and green space, greater than any other city of its size in the world. This space provides the perfect opportunity for walks, relaxation or sports.

*London offers some of the best shopping in the world. From posh department stores on Oxford Street (the world's longest shopping district), exclusive designer boutiques on Bond Street, and fashionable street markets of the East End, the choice is immense. * London is hard to beat when it comes to nightlife. There are uncountable numbers of restaurants, pubs, cinemas, theatres and nightclubs to choose from, plus live music and comedy. At any time of day, whatever the weather, you'll always find something extra special in London.

Whether you are a newcomer or already familiar with Paris, everyone falls in love with the city, with over 2,000 monuments, museums, theatres and cinemas. Some are among the most visited and recognizable sites in the world - the Eiffel Tower, the Arc D'Triumphe, the Cathedral at Notre Dame - evoking the passion and romance of France. Paris, however, is not just a historical city. Its charming riverbanks and neighborhoods are an invitation to stroll and sightsee. By day or by night, from Belleville to the Marais, from the Butte aux Cailles to Montmartre, soak up the special ambience of these quarters to grasp the true "spirit" of the city and be carried away by its energy and vitality.

* The fashion capital of the world, Paris is home to some of the best couture shopping on Earth. House of Chanel, Yves St Laurent, and Jean-Paul Gaultier all operate within the city. Paris also has its share of quaint markets, little wineries and charming boutiques. * Parisian restaurants, ambassadors of good taste, offer up an endless range of flavors: tasty country dishes, regional specialties, lush desserts. Restaurants, brasseries, tea-rooms, patisseries, and open-air cafés invite gourmets from all over the world to a true culinary feast.

* Art in Paris is more than the Louvre, home to one of the world's largest collections. 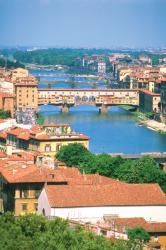 Visit remains of the old Roman Lutetia, grand medieval abbeys, gothic masterpieces, and collections from Napoleonic times. Discover renowned collections of paintings and sculpture, go in search of iconic emblems - all this makes Paris a capital of the arts, both past and present.

The Cradle of the Renaissance

One of the most majestic cities in the world, Florence is a real treat for your senses and a must for lovers of art, fine cuisine, and wine. The capital of Tuscany, Florence overflows with magnificent artistic and architectural treasures. The magnificent Duomo reigns proudly over this city of meandering cobblestone paths, leading to lovely piazzas, fountains, and statuary. Piazza della Signoria (the political heart of the city from the Middle Ages to the present day), the Uffizi Gallery (containing one of the most important art collections of all time), and the Accademia (home to Michelangelo's David) are just a few of the city's fascinating sites.

Shop at the upscale boutiques and jewelers along the Ponte Vecchio, the only original bridge surviving war and the ages. Dine at a sidewalk café and watch the people - a favorite pastime of local Florentines. Take a day trip to the Tuscan countryside, the inspirational setting of picturesque hilltop villages featuring acre upon acre of vineyards, and some of the world's best wines.

* The best Florence vacations begin with a City Tour, which will take you along the romantic Viale Dei Colli to the Piazzale Michelangelo, offering the famous panoramic view of Florence.

* Be prepared to indulge - in Florence, it seems as though every meal is fabulous, each glass of wine tastes better, and every statue, painting, fountain and cathedral more breathtaking than the last. It is the aura of Florence.

Twenty million visitors a year can't be wrong; there is something about Rome that fascinates and attracts people, year after year, and century after century. This incredible hold on the world's imagination has made Rome one of the most fascinating and sought out tourist destinations in the world.

The Eternal City contains layer upon layer of history leaving its mark upon countless monuments, ruins, museums, and catacombs. Considering the long, impressive history that has molded Rome, the historic centre is actually quite small and easily visited within a short time, and the city itself can be seen as an enormous open-air museum. Furthermore, art works as magnificent as Michelangelo's Moses or the Pieta adorn parish churches and basilicas, allowing visitors to admire them completely free of charge. Rome is home to so many churches that seeing them all, at a rate of one church a day, would take more than a year; and that is not even mentioning the majesty that is St Peter's and the Vatican. In the end, however, Rome is more than just a collection of world-renowned monuments.

* Italian cuisine is one of the most popular worldwide with an unparalleled degree of international influence. But the experience of having Italian food in Rome is unique, becoming a blend of cultural and culinary imagination. From 5 star restaurants to street side cafés, there is something magical for every palate.

* Rome is a haven for fashionistas and the perfect match for anyone who loves to shop. Picturesque streets are lined with high-end, designer, artisan boutiques as well as quirky, unusual shops offering every imaginable type of merchandise.

* There is a special atmosphere that is unmistakably Roman, a timeless charm that is palpable as you sip a cappuccino in front of the Coliseum, indulge in a gelato and watch the street performers in Piazza Navona, admire the sun setting behind one of the Tiber bridges, get lost amidst the labyrinthine streets of the Centro Storico or simply unwind in one of Rome's many, lush parks. 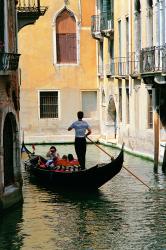 It is called La Serenissima or "the most serene," a reference to the power, majesty, and wisdom of this city that was, for centuries, the unrivaled leader in trade between Europe and the Orient. "The most serene" also refers to the way in which those visiting have looked upon Venice, a miraculous city floating on its calm blue lagoon.

Built entirely on water by men who dared defy the sea, Venice is like no other place in the world, more dreamlike than you could ever imagine. Shimmering sunlight and silvery mist soften every perspective here, making it easy to understand how the city became renowned in the Renaissance for its artists' rendering of color. It's a place full of secrets, inexpressibly romantic, and at times given over entirely to pleasure.

* What you've heard is true: there really are no cars in Venice. You get around primarily on foot, but with occasional trips by boat on the famous canals that lace through the city.

* The Grand Canal, Venice's incomparable main street, testifies to the genius and expertise of its builders and the desires of its nobility, who had their showcase palaces built one after another. Float past the imposing facade of Palazzo Vendramin-Calergi, and the baroque cathedral of Santa Maria della Salute. Pass under the Rialto Bridge and as you catch sight of Palazzo Ducale you'll want to turn the boat around and do it all over again. Wait until nightfall, and sail across magic Venice under the moonlight.

* A trip to Murano, home to Venice's glass-blowing industry, will introduce you to this centuries-old art by means of a well-arranged glass museum and the many free demonstrations that the smaller furnaces use to draw visitors to their showrooms.

* What Mardi Gras is to New Orleans and Carnaval to Rio, Carnevale is to Venice. For the 12 days leading up to quaresima (Lent), the city is given over to feasting and celebration, with more than half a million people attending masquerade balls, historical processions, concerts, plays, street performances, fashion shows, and all other manner of revelry. 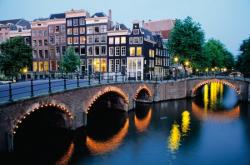 Whether it's taking in the breathtaking paintings at the Van Gogh Museum, or gazing in wonder as you stroll through the 400 year old De Hortus Botanical Gardens, the colors of Amsterdam will draw you into its unique spirit. From the Royal Palace of Queen Beatrix, to the Living Tomorrow display of the "home of the future", Amsterdam is a study in contrasts.

Wander through the oldest zoo in the Netherlands or discover the life of the legendary Anne Frank. Marvel at the distinct architecture and visit the world's narrowest house, or attend one of the many performance art and theater experiences.

* The exhibits at Amsterdam's museums vary from stunning portraits by Rembrandt, the world's largest diamond, waxen celebrities at Madame Tussaud's, or modern masters at the Stedelijk. The main museums are all in walking proximity to each other.

* This city has the most famous "Red Light District" in the world, but aside from the obvious, there are other reasons to visit this area in the daylight. Some of Amsterdam's most beautiful buildings can be admired here. It is also the best place for unusual shops and interesting pubs and restaurants.

* Amsterdam's cosmopolitan outlook is reflected in the wealth of its international cuisine. A tantalizing array of restaurants and cafés offers delicacies from all corners of the globe. From sushi bars to a restaurant in a genuine Bedouin tent, if you are ready for a culinary adventure, there will be something to satisfy you.